Sometimes, you just need to take some time out – away from everyone and everything. Alex and I don’t live together so we rarely get time together where it’s just the two of us, as a result we try to fit in nights away or even a day-trip every so often. I’m a teacher so I work Monday to Friday and he works in hospitality which means he hardly ever gets a weekend off – so nights away are always during my holidays! We made a last minute decision to head away for a night during my mid-term in February and as we’ve been dying to try the Five Star, Cliff House Hotel in Ardmore, Co. Waterford, for so long, it was a no-brainer!

When we arrived at The Cliff House, they had upgraded us to a suite, now, I’d love to say this happens all the time but it doesn’t and we were thrilled – Alex can’t complain for the forseeable future when I ask him to take my blog photos!! 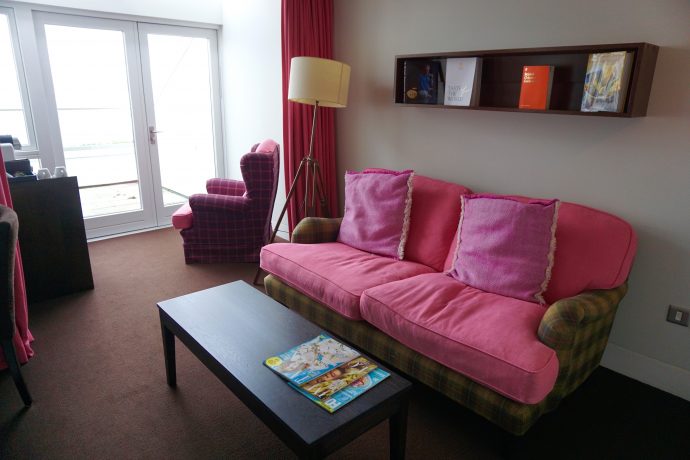 Our room was stunning, with two balconies – both over-looking the sea, a seating area with a stereo, two televisions, two fireplaces, a Nespresso machine and a gorgeous bathroom. To say that we both relaxed from the time we arrived is an understatment! 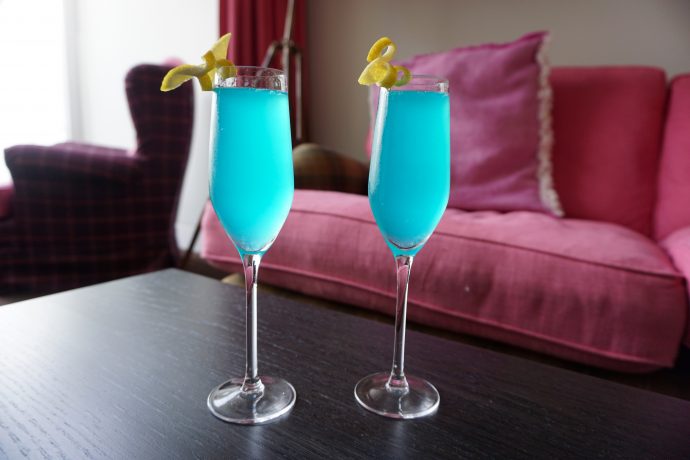 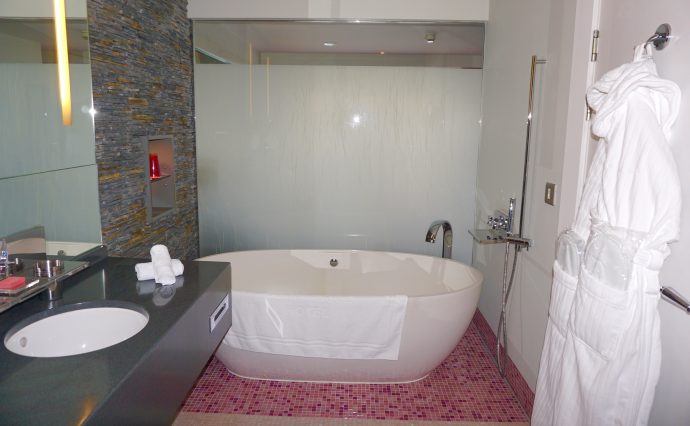 Al had surprised me with a spa treatment so we both changed into our “spa attire” and headed down to “The Well” Spa. Again, the spa is over-looking the sea as it’s set into the cliff-face. There’s ceiling-to-floor windows at the pool, an outdoor Jacuzzi, outdoor seaweed baths, sauna and steam-room. We loved it so much we even went back down for an hour before checking out the next morning. 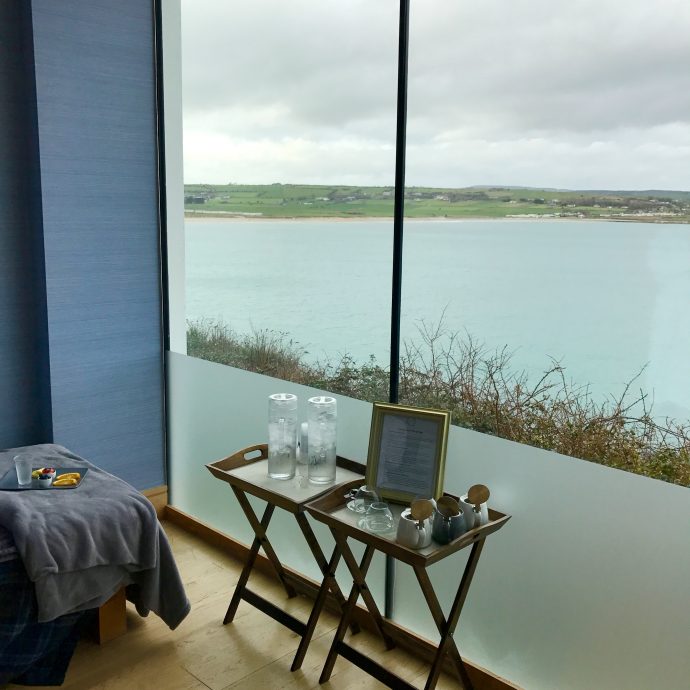 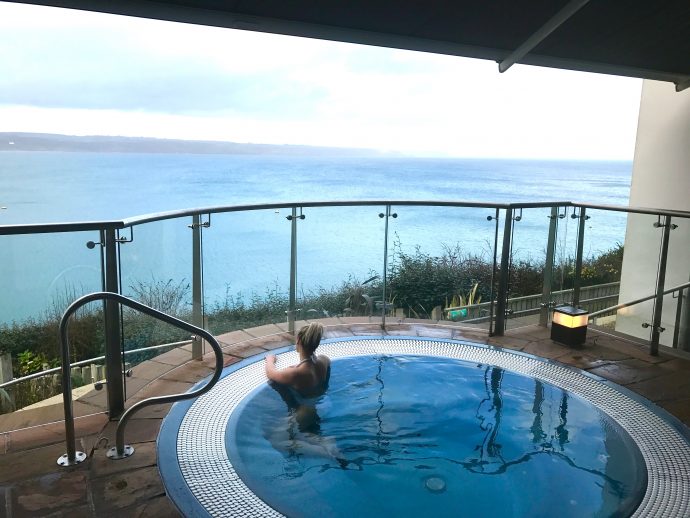 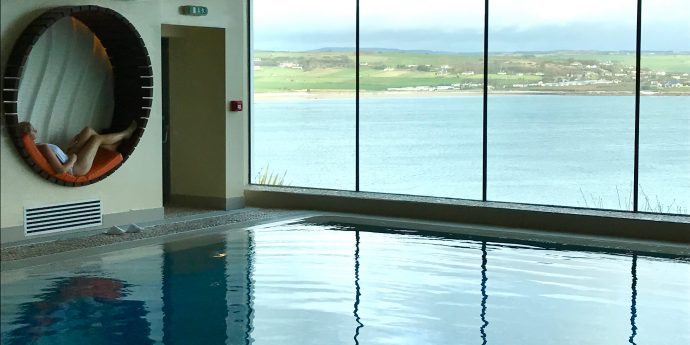 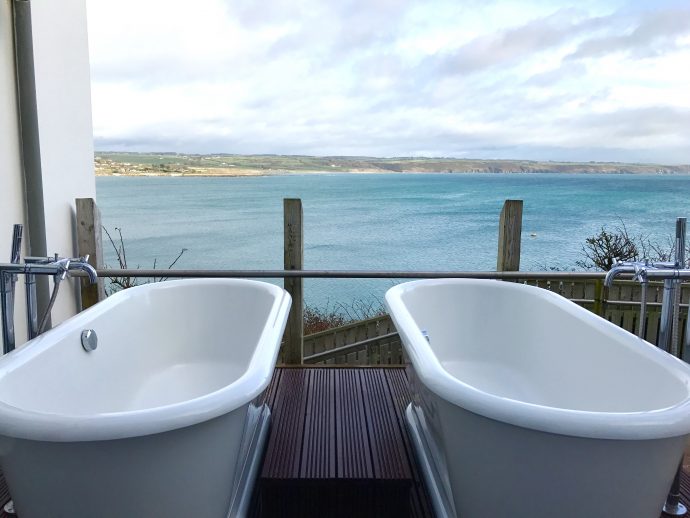 As it was a Tuesday night, the Michelin-star restaurant, “The House”, wasn’t open so we ate in the bar but the food was still gorgeous – that chocolate fondant!! Just as importantly, the cocktails afterwards were divine too!

After checking out on the Wednesday, we borrowed the complimentary Hunter boots and did the cliff walk – it’s almost as relaxing as the Spa! With historic buildings along the hour-long route and the sea-breeze (it was really more of a gale-force wind that particular day!), we really felt energised and revived. 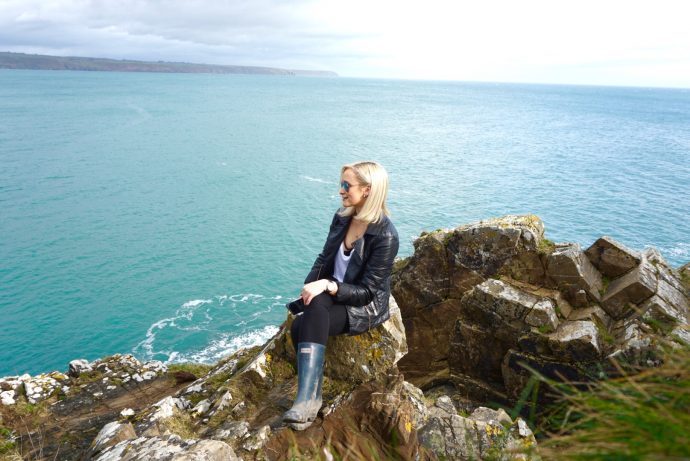 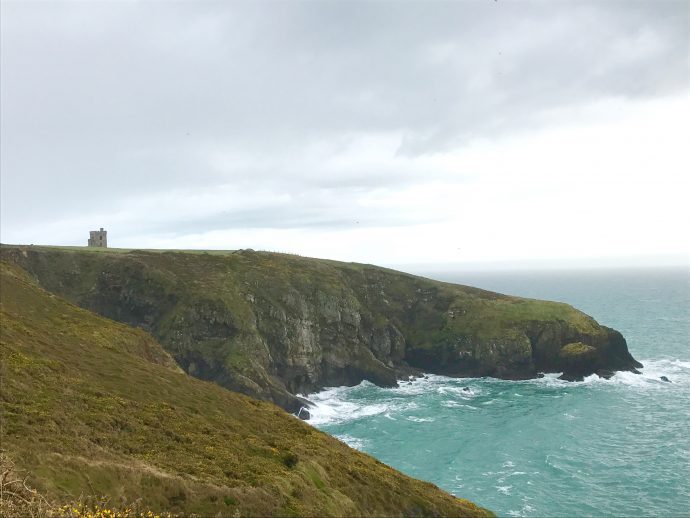 I honestly couldn’t recommend the hotel enough, the staff were incredibly nice – friendly and helpful without being intrusive. It isn’t cheap to stay at the Cliff House but we’ve decided that we’d rather spend one night in a really beautiful hotel than three in an average one! Arrive early and don’t rush away after checking-out and you can make the most of 24 hours in absolute luxury!

If you’ve any questions please don’t hesitate to ask. Let me know if you decide to go – I’d love to know what you thought. 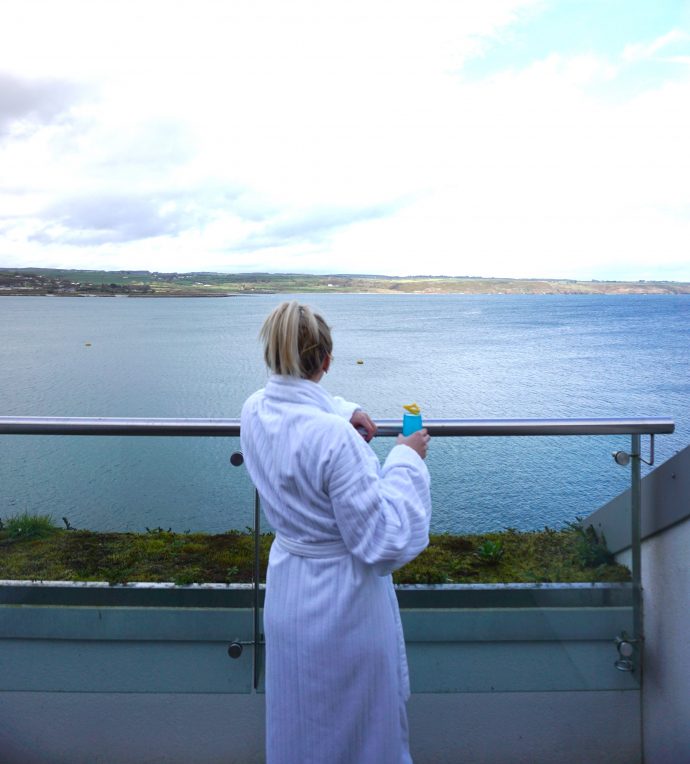