Before I give you the low-down on my outfit, let me put the Breton shirt into context for you! The breton stripe originated in Brittany, France. The navy and white striped knitted shirt was introduced after the 1858 Act of France as the uniform for French navy seamen. This was to ensure that overboard sailors could be easily located!

In 1917 Coco Chanel introduced the Breton stripe to the fashion world. (Who else could’ve attempted to break the mould like that…and succeed?!) Since then, the design has been re-created by fashion houses such as Gucci, Givenchy, Kate Spade and, particularly, Jean Paul Gaultier.

This sea-worthy staple reappears every Spring/Summer, year after year. Heads of the fash-pack are frequently spotted wearing various interpretations of this Parisian-chic design. 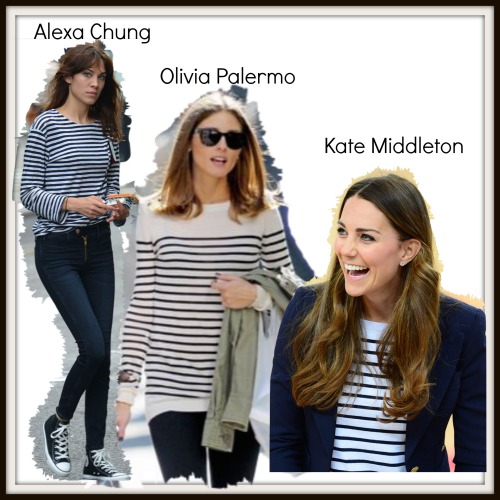 Today I styled my stripes with a simple, crisp, white shirt; dark denim jeans; a striped headband; and brown loafers. 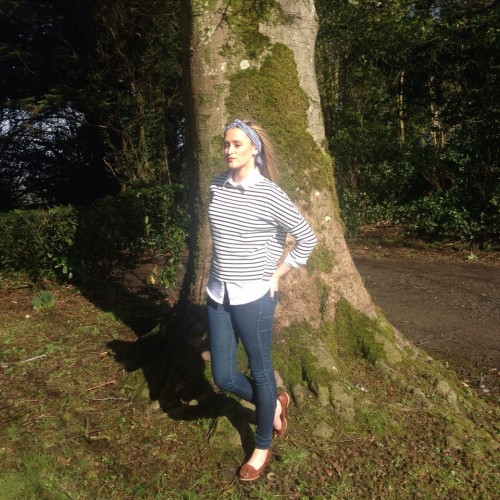 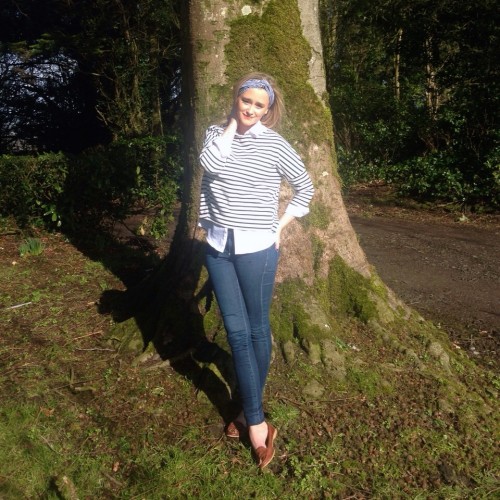 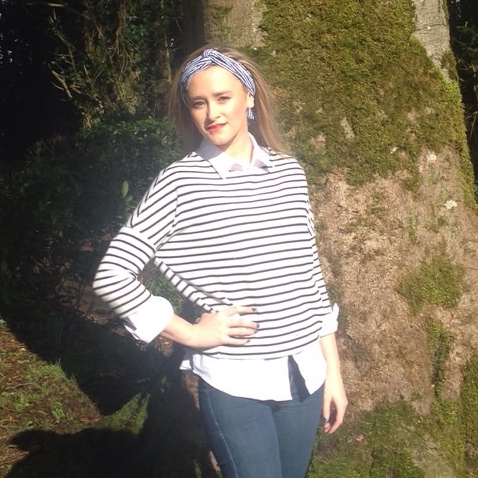 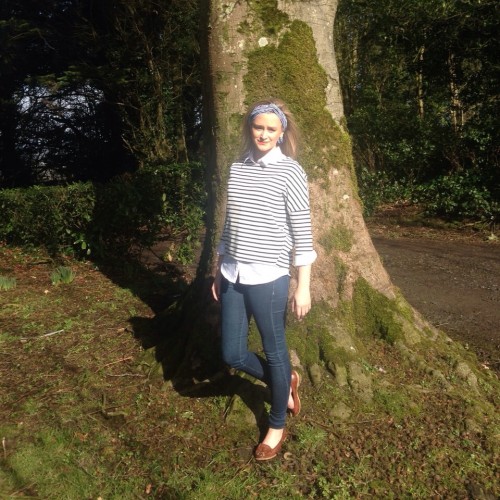 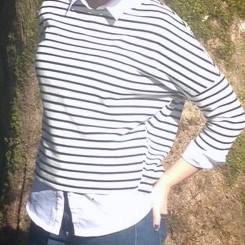 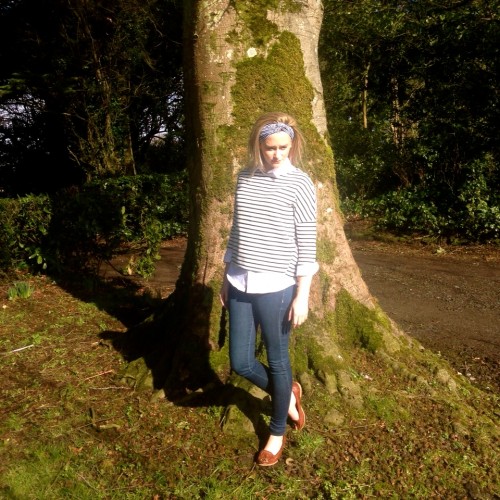 While I’m wearing a paired back and low-key take on the Breton stripe here, I already have a prom skirt ready and waiting for the warmer weather! (WHY is it snowing in March? I mean, give us a break!)