A group of us from college had afternoon tea at Finnstown Castle in Lucan, Dublin on Saturday. It was the first time the eight of us had been in the same room for over a year…I actually felt sorry for the other guests, the noise levels were pretty high!! 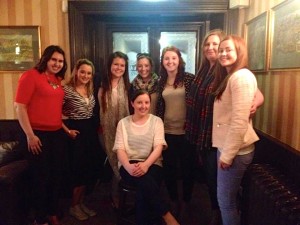 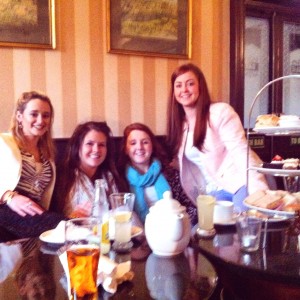 I couldn’t take photos of my outfit outdoors in natural light as I usually do, as the weather was so bad so, unfortunately, they aren’t of the best quality. Anyways, here was my outfit for the day…

I wanted to wear something a bit different so I opted for a black midi skirt with a black and white striped top and white blazer.

I’m wouldn’t usually wear a skirt this length with flats but I’m on crutches so I had no choice, however, I actually really liked the trainers! They gave the midi skirt a slightly edgier look! I’ve been on the lookout for a pair of Nike Roshe but they’re pretty much sold out everywhere in the style I want, so instead I wore my white cons.